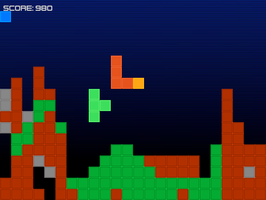 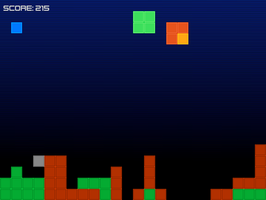 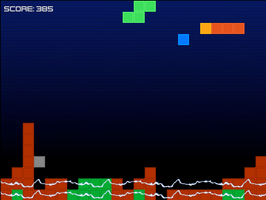 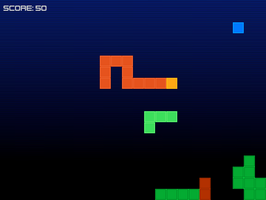 After a long cold winter of silence we (Komnotmr and I) are proud to introduce you a completely new version of Snaketris. We had a ton of fishy code left from our Ludum Dare 40 entry, so we decided to get rid of it and rewrite our game from scratch (almost from scratch, would be fair to notice that we left Ed's tetris-related code untouched). This decision didn't save us from old bugs, however we managed to add some new features we wanted to see in the final release.

One of the most important things for us was a gamepad support. The sad thing is we didn't manage to do it. One of the reasons is Phaser's poor support of gamepads (relevant for version 2, I'm looking forward to try the last release). AntiMicro may serve as a workaround.

Another thing to improve was an appearance. I was planning to give it a sort of cyber-look with neon lights and stuff. There still are no lights, however everyone who played this game said that current appearance is better then the original one. Well, decide yourself, I'm cool with what it looks like now, but always open for a piece of advice or constructive criticism. =) Also, special thanks to Calinou and Superjoe for these neat lightnings.

And of course there are some great improvements in game process. The most noticable feature is a pause button (esc by default). Snake now has about two seconds to choose a side to spawn. Block is now able to move fruit around the field (Dorblin7z7's idea) or even squash them into a wall. Also, a lot of people asked for replay button - it's finally here! =) Have fun repeating a game as long as you want and remember to tell me about the bugs you found.

These are the most significant changes I can remember. We are planning to show up on a local GameDev event with our game, so stay tuned.